Movie insight: Why Quentin Tarantino movies are so awesome 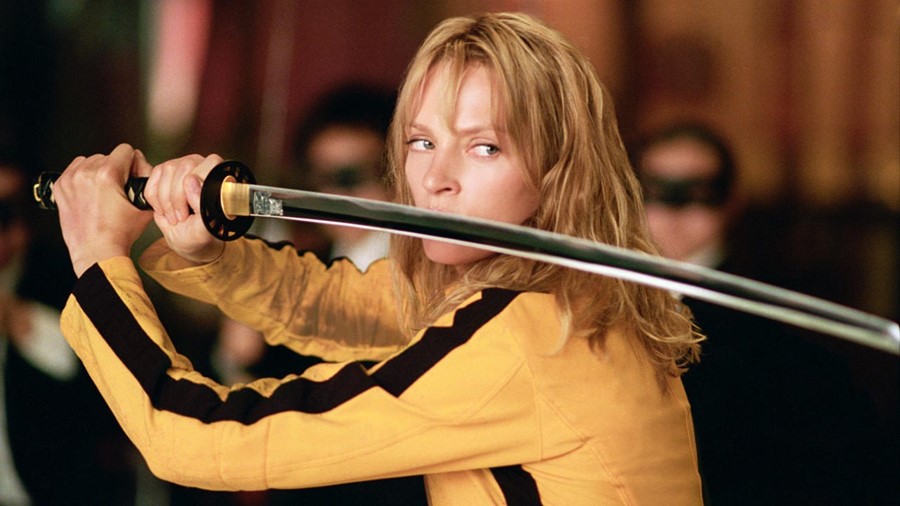 Haven’t seen a Quentin Tarantino movie? You should check them out.

Quentin Tarantino’s movies are infamous for being quite bloody.

When I first saw one of his Kill Bill movies years ago, I thought to myself: yet another cheap Hollywood flick trying to sell itself with violence and gore.

After seeing the rest of his work, it turned out I was terribly wrong! There’s actually so much more to the work of this cinematic genius.

I’m no expert movie critic, but here’s why I love this guy’s stuff.

(Yes there are spoilers.)

In his latest movie Once Upon A Time In Hollywood, we meet Rick Dalton (Leonardo Dicaprio), a 1960s television actor who seems to have it all.

Despite where he is, he’s deeply insecure, breaking down at any insinuation that he’s not quite where he should be. He also drinks a bit too much.

He’s the kind of person you probably won’t get to meet, ever. Yet, it feels like you know him.

And in Inglourious Basterds, there’s Colonel Hans Landa the Nazi. Nicknamed “The Jew Hunter” for his relentless pursuit of these unfortunate individuals, you’ll never encounter a villain more menacing and charmingly polite.

Sending chills with every word or gesture, you can only hope you won’t ever meet anyone like him in real life—or on the Internet. You’ll see more later.

#2. Moments that make you wonder where it all came from

One hallmark of Quentin Tarantino’s movies is his unique touch to scenes that would otherwise be mundane or “cookie-cutter”.

These scenes don’t really move the plot, and you get the sense that he’s doing something novel with it just for the hell of it. Well, they turn out pretty satisfying!

For example, there’s this famous part in Pulp Fiction where Vincent Vega—a hitman played by John Travolta—unexpectedly gets pulled into a dance contest with a mobster’s wife (Uma Thurman).

Saturday Night Fever moves ensue for a full minute or so. The dancing is awfully cheesy—but fun to watch.

In The Hateful Eight, most of the story happens in a lodge that has a door with a broken lock. With a blizzard raging outside, it seems the only way to keep it closed is hammering it shut with nails and two pieces of wood.

It’s hilarious how there are at least three scenes where people enter the lodge, and each time the characters frantically shout over each others’ heads on how to keep the door shut: “You need two pieces of wood!!” One of them—Daisy Domergue (Jennifer Jason Leigh)—also calls the door a whore.

#3. Tarantino-style action that’s worth the wait

Quentin Tarantino movies are long. And I mean three hours kind of long. But it isn’t all bloody throughout.

The action usually kicks in after a good one or two hours of steady build-up—during which he slowly develops the characters, and sometimes, the tension between them.

After the first bullet hits the fan, body parts get blown to bits and blood gets all over the place—all within a matter of seconds.

In Inglourious Basterds, there’s a crazy bar shootout scene. Right before that, the master of suspense-building has you gripping your seat as if your life—like those of the good guys—is in peril. At a later point in the film, you don’t feel sorry when Adolf Hitler—the ultimate bad guy—gets machine-gunned to death by the good guys.

With The Hateful Eight, the killings only begin about close to two hours in. After the identities of the bloodthirsty villains are revealed, the action happens—interspersed with Tarantino’s trademark dialogue style.

Check out part of the opening for Inglourious Basterds—which many have lauded as the most intense moments in cinema history—and you’ll see what I mean.

And all you have is Colonel Hans Landa and a Jewish farmer talking at the latter’s home!

I almost choked on my popcorn in amusement when Hans Landa formally asked for permission to switch to English.

Or how about this scene in Pulp Fiction where Jules Winnfield (Samuel L. Jackson) asks a poor fellow Brett what he’s having for breakfast, then goes on about how “hamburgers are the cornerstone of any nutritious breakfast”—among other funny burger trivialities.

He then chows down almost all of Brett’s burger, finishes his soda—and together with Vincent Vega (John Travolta)—murders Brett and his friends soon after.

And there you have it—4 reasons why I simply love Quentin Tarantino’s movies.

If you’re still put off by the blood, well, it’s not real!

Unless you’re talking about that part in Django Unchained where Leonardo Dicaprio got so deep into character.