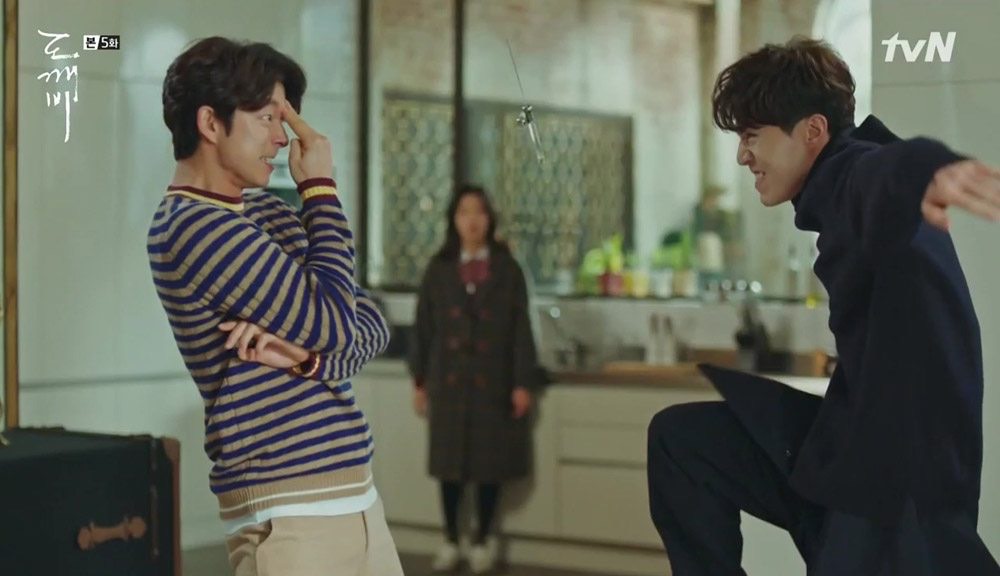 I used to be one of those people who didn’t understand why people love K-dramas. One day, I couldn’t find anything nice to watch on TV except Goblin, so I decided to watch it. And that’s when I fell into the rabbit hole.

While I still find that some K-dramas are a cringefest (I still cringe whenever I hear people say how “amazing” Boys Over Flowers is), I just can’t stop watching them.

One of the best things about K-dramas is that they’re mostly 16 to 20 episodes long. Unlike American TV shows that can go on and on for many seasons, the story of a K-drama usually ends when the series ends.

This format ensures a tighter plot so that there’s hardly any filler episodes. Every episode has something going on that drives the plot. If I miss one episode, I might get confused when I watch the next one.

In fact, it’s one of the reasons why I ditched American shows like The Flash and How to Get Away with Murder after a few years. The first few seasons were really entertaining, but I got bored of them when they started recycling the storyline for later seasons.

There are a few K-dramas that run for more than a season though, such as Voice and Kingdom. But these are the rare gems and were renewed for their popularity. And I can’t say much about them because I haven’t watched them (yet).

2. Handsome oppas that can actually act

A good-looking cast — especially the male lead — certainly helps to pique my interest in the drama. At least for the first few episodes.

But handsome oppas that actually have the acting chops? Yes, I want to continue watching.

Whether their characters are happy, sad, or angry, I can really feel their emotions. They’re not shy to cry on screen too, and it’s not the awkward kind of cry.

Although there are times when I feel like they’re overacting, for the most part, their acting makes me want to watch more of their work.

3. Scenarios that only exist in K-dramas

No, I’m not talking about those cringy and draggy scenes.

I really hate those scenes where they show the kissing scenes from different angles, the lead characters just staring at each other for eternity, unrealistic coincidences, wrist grabs, the lead character travelling all the way to the villain’s office just to proclaim that they’re going to expose the truth/uncover the corruption/topple the corporation.

So it’s a good thing that over the years, I’ve seen less and less of those tropes being used, and more scenes that will truly make for an enjoyable watch.

Like this one scene from Kill Me, Heal Me. It’s so hilarious and outrageous that it can only exist in K-dramaland.

In this psychological rom-com drama, Ji Sung’s character suffers from dissociative identity disorder (DID) and has 7 personalities. This is what happens when one of his personalities, a teenage fangirl, emerges and meets Park Seo-joon’s character.

And here’s another scene from the recent K-drama The King: Eternal Monarch, which is about parallel universes. Having watched The Flash, the concept of parallel universes is not new to me. Seeing 2 Grant Gustins in one frame was really delightful.

But The King takes this concept to a whole new level with this scene. As Woo Do-hwan’s character from the Republic of Korea meets his doppleganger from the Kingdom of Corea, he realises how handsome he is and voices this out. And his doppleganger finds this realisation shocking.

It’s one of these scenes that makes me want to watch The King.

I like that a lot of the stories are just so unique to K-drama that I won’t find it elsewhere.

Take, for example, the plots of classic K-drama rom-coms My Girl and Coffee Prince.

The first one is about a chaebol (family-run South Korean conglomerate) heir who hires a woman to act as his long-lost cousin to fulfil his dying grandfather’s wish. The other one is about a coffee shop owner who mistakes a tomboy for a man.

As with all rom-coms, we all know that the lead characters will fall in love and have a happy ending, but not without certain obstacles and hilarious situations. And it’s these scenarios leading up to the happy ending that’s so entertaining to watch.

And there are also the more thrilling ones, peppered with twists and turns that I least expect.

One of them is the black comedy Sky Castle. It’s about a group of parents who resort to any means possible to achieve their goals, including getting their children a spot at the prestigious Seoul National University.

I like how it’s very different and unpredictable as compared to other K-dramas. Like this scene, where the parents, who pride themselves on being dignified people, end up fighting against each other like children.

All in all, I find K-dramas to be a breath of fresh air. Given the wide variety, I don’t think I’ll ever get sick of them. And even if I get sick of one drama because it’s too cheesy and predictable, I know there’s always a better one to watch.